“Squeaker” was originally commissioned by SFMoMA and was performed at the museum for Storytelling at the Museum. April 27th, 2020, I performed it at home, via Zoom, for The Marsh’s virtual Monday Night Marshstream.

This is one of the artworks referenced, by Mark Rothko 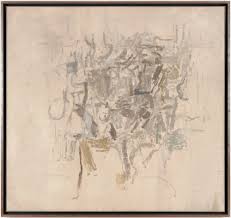 And the work by a woman whose name she’s afraid to pronounce:

I’ll be workshopping 15 minutes of new material from Second-Hand Muse on two nights, part of a bill with three other performers. July 11 and 25, 7:30 pm, The Marsh, 1072 Valencia St. in San Francisco, tickets $7 at the door.

Performed by me at Tell It on Tuesday at The Marsh, Berkeley, November 16, 2010.

originally produced by And How! theater in 2001, this production of Spacegrrls by the intern company of B Street Theater got a nice, accurate review in the Sacramento Press. (Since it was written a while ago, I saw all the flaws clearly, but also enjoyed the nice parts and great performances!)

I will perform as part of the Marsh’s 20th Anniversary Theater Marathon Saturday, June 19th, 2010. Look for me in the 8-10 pm time slot, with other amazing performers from The Marsh’s history. 1072 Valencia St, SF, CA. http://www.themarsh.org/performance_marathon.html

Second-Hand Muse follows the ex-girlfriend of two rock stars who both made it big and died while with her. She now has her eyes on a new young musician, who’s unsure if she want the attention.

A video of part of my latest work-in-progress, Tortured Artist Fanclub, performed by me at a Monday Night Marsh Nov 1, 2009 at The Marsh Theater, San Francisco.