Please join us as we welcome Kenny Yun for the start of our fall Sugar! Season.

Kenny writes and performs comedic solo shows with passionate characters and heart filled stories. He’ll be reading an excerpt of his work, Mom Spilled Her Guts on My Tater Tots.

A new immigrant family story with a twist! Oh no, mom is starting again. I want to eat my tater tots in peace. Kenny’s Solo shows include “Lettuce Town Lies, about growing up in Salinas, CA, and “The Kim Jung IL Experience.”

He is an assistant teacher and director for Charlie Varon’s solo performance workshop at The Marsh theater in the Bay Area.

I love this bike. Like most great relationships, I don’t feel worthy of it. It’s sleek, strong, well-designed, a bike I have no business owning.

The bike may be thirty years old. I got it almost that many years ago. One summer home from college, my brother’s friend, Tim, a drummer who worked at a bike shop, was moving in with his girlfriend. She said some bikes had to go. So my brother “bought” my standard Ross 10-speed from me, gave his friend that money, and I gave a measly sum saved from work-study jobs and babysitting.

He said the bike was one of the first 3 pound aluminum frames made, that he’d fitted it with top-of-the-line Dura Ace brakes, other Campagnolo and Shimano parts. Names I knew from when my sister and I briefly got Bicycling magazine and we built up to riding a century, me on my Ross and she on her Schwinn. She and I didn’t really “know” bikes. We just spent summer days riding – 50 miles round trip to the Charlaps dairy store for ice cream, other long rides on Buffalo’s mostly flat roads, me sometimes falling when I got distracted and went off the road. No real injuries. One time, a nice lady who thought she’d made me crash gave me a ride home in the back of her pickup truck.

This bike felt so different– each revolution of the pedals pushing it forward in a glide, no energy wasted, but seemingly amplified. So easy to ride. The bike didn’t care that I’m really a bad cyclist. Lost in my thoughts, I half-notice I’m pushing harder, but do not connect that I ought to change gears for the hill until I’m almost at the top, and totally straining, off my saddle, or sometimes embarrassingly out of power, wobbling to a stop.

The bike went to New York under a Greyhound bus. It’s so light, I could easily carry it up and down stairs to dorm rooms and summer sublets. I rode from downtown Morningside Heights to movies, to plays. Locked the bike, or took it indoors when I could.

One amazing night of theater, ushering the Wooster Group – Ron Vawter in Three Sisters, I was so torn, knowing my bike was locked to scaffolding outside. I skipped the last act, finally giving in to fear that the bike would be stolen. I’ll always be sad I missed end of the play, but happy I still have to bike.

In graduate school, I moved further uptown to Inwood — Dyckman St, then 215th, sometimes running, sometimes biking to my job and classes, carrying the bike upstairs to the office where I worked. Once, I locked the bike outside on campus, next to 10 other bikes, and came out after ten minutes to find the rear wheel gone. No other bike touched. The guy at the bike shop said “they knew what they had.”

This bike took me on an all-night bike ride with some guy whose name I can’t recall. And the bike made it so easy, I had energy to do a big marathon training run the next day. It went along the route of the old Croton Harmon Reservoir – not recommended for road bikes, I’ll say, and did 5 Borough Bike Tours, NYC Centuries, some trips to NJ and back, with another guy, who I married.

None of these trips meant I had learned to ride well. Luckily, New York and environs are not too hilly. Only Wave Hill in Riverdale showed me for the totally unskilled rider I am.

The bike came west, and sat in the garage for many years, coming out rarely, till this year I started riding regularly again to prepare for a sprint triathlon. The man at the bike shop looked it over, and kept saying all the things I ought to change to bring it up to modern ideas of gearing, alternating with “but it’s a beautiful bike.” I haven’t made the changes yet because it’s still more bike than I deserve and “It’s a beautiful bike.”

A great song reaches inside you, giving voice to things you didn’t know how to say. How far would you go to create music like that? Would you risk death? Would you do the ridiculous, or embarrassing?

This is followed by a short, playful writing exercise.

A prompt is given, inspired by the story read.

Free write, or doodle, or tell your story to partner, then share if you wish at the end of the session.

Squeaker was originally written for SF MoMA’s storytelling in the Gallery.

Squeaker doesn’t usually go to museums, would never hang out with the cute guy in her art history class.  But here she is, in the gallery, trying to find a work of art for her “formal analysis,” and He is standing right next to her.  Does she tell him what she really thinks of the painting, or stay mum for a shot at an actual date? 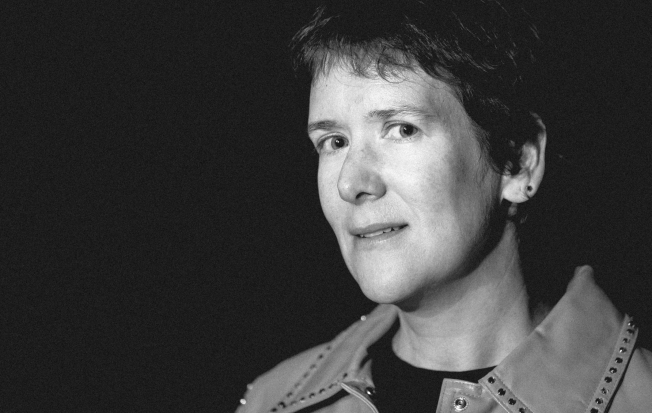 Come see new material from Second-Hand Muse, with three very different accounts of the composition of a new song. Tell It on Tuesday at The Berkeley Marsh, 2120 Allston Way, between Shattuck and Oxford. 7 pm music, 7:30 performances by me, Victoria Doggett, Michael Brown and Miriam Mills. Tickets $10. http://www.themarsh.org/tell_it_on_tuesday.html

I’ll be workshopping 15 minutes of new material from Second-Hand Muse on two nights, part of a bill with three other performers. July 11 and 25, 7:30 pm, The Marsh, 1072 Valencia St. in San Francisco, tickets $7 at the door.

Performed by me at Tell It on Tuesday at The Marsh, Berkeley, November 16, 2010.